Hallowe'en is over but that doesn't mean it is time to throw away the pumpkin. I use to think the only good thing about pumpkins were their seeds - like, really, what could be better than roasting pumpkin seeds in a bit of olive oil, salt and pepper and eating them right of the baking sheet (totally didn't just do that on Saturday night after carving the pumpkin).  This season has really proved me wrong and I am not yet pumpkined out.  I make make it all the way to American Thanksgiving.

Really, really wanted to try out a Pumpkin Spinach smoothie and only after pouring the pumpkin and coconut milk in the blender did I realize that I was out of Spinach. What's a girl to do? Improvise, rummage through the freezer and come out holding bananas and frozen pineapple.

Voila! And the best part? This Pumpkin Pineapple Protein Smoothie needed no added sweeteners since the pineapple was sweet already.  Delicious and easy to make. 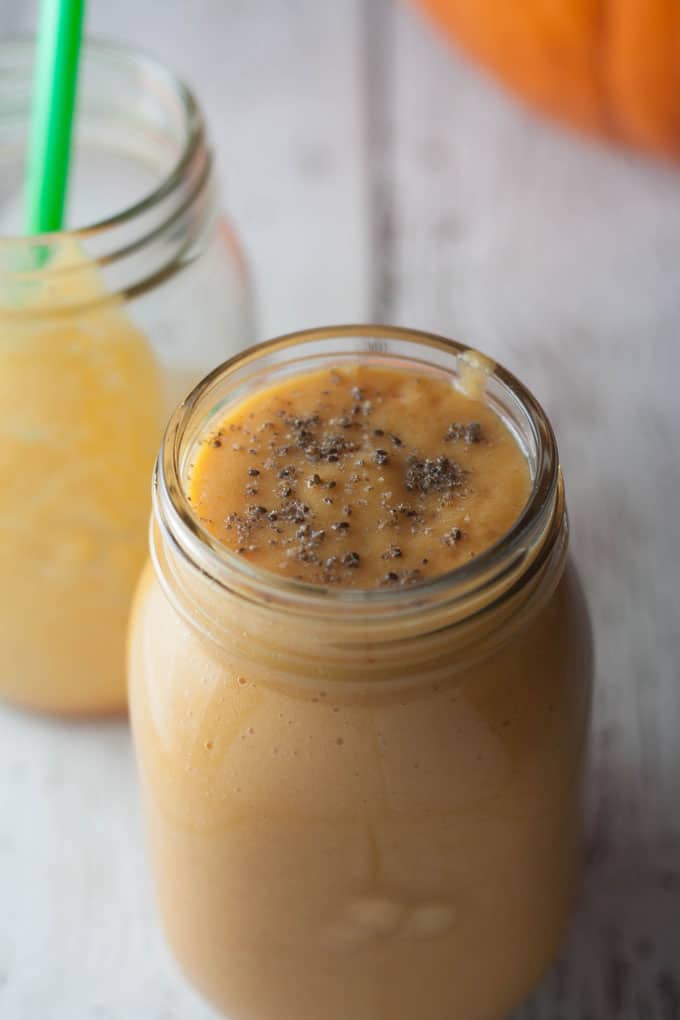 Embrace the yumminess and versatility of Pumpkin. Throw it in your smoothies, make muffins and add some to your lattes. December/Christmas is coming soon enough and you'll be able to move on to peppermint and creme brulee lattes but don't rush to it.  Plenty of time to enjoy a few more pumpkin treats! On a related topic, I couldn't believe that Starbucks had their Christmas holiday cups out today just two days after Hallowe'en. 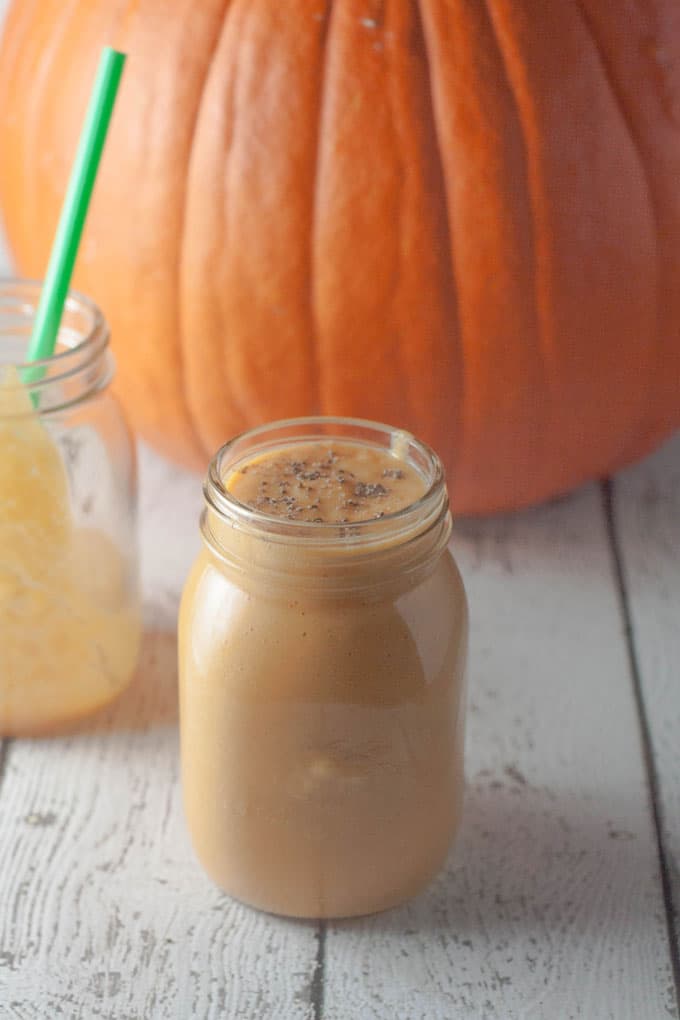 Pump up the nutrient value of your smoothie by adding a teaspoon of chia seeds to the mix. Who doesn't need an extra boost of Fibre, Vitamin C and omega-3?